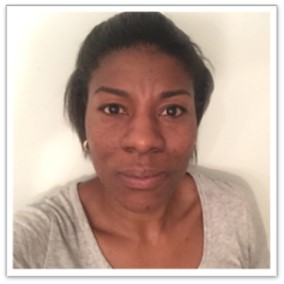 Tamara is new to Accent, having been with the company for just under a year. She works as an Account Manager which gives her the opportunity to collaborate with many people both internally and externally. Tamara says that Accent is a very tight knit group and what she really enjoys is the fact that right from the start, she felt part of the team. “The people are great.”  she says “It was as if I’d worked with them for years. They immediately welcomed me in and quickly had me involved in more projects than expected.” For that reason, she says there was very little transition, contrary to what she’s experienced at other companies.

Tamara has a B. Comm in Marketing & Communication from Ryerson University and George Brown College.

What’s your favourite book and/or movie and why?
I’m not an avid reader but I do enjoy reading about entertainment (TV, media and music), fashion and autobiographies/memoirs. The last book I read was Becoming by Michelle Obama. I’m currently reading The Andy Cohen Diaries: A Deep Look at a Shallow Year, and next on my list is Jennifer Lewis’ biography called The Mother of Black Hollywood: A Memoir.

What’s one thing most people don’t know about you?
I played the piano for 9 years when I was younger. It was something my mother wanted me to do and I did exams at The Royal Conservatory of Music in Toronto. I grew up around music, but I never really enjoyed playing the piano. I would have chosen to play a different instrument, possibly the cello.

If you could snap your fingers and become an expert in something, what would it be and why?
I wouldn’t necessarily want to be a lawyer, but I’d like to have full knowledge of labour and human rights laws as I believe it’s important to know your rights in different situations especially with the current state of the world. I think this stems from the fact that my mom was a union rep. for 30+ years at a nursing home so I got to learn firsthand how different situations were managed.

What was the single-most influential event of your lifetime?
I’m not sure it has happened yet. However, I have experienced a couple of big events – my move from Toronto to Montreal and the loss of a close friend. Both events taught me to put things in perspective, be in the present and to look at aspects of life with different lenses, regardless of its challenges.

What was the most interesting or unusual job you’ve ever had?
Nothing really comes to mind since I’ve always held jobs I’ve enjoyed. I do recall watching last minute shoppers scramble to pick out something for their significant other on Christmas Eve when I worked at Fruits & Passion which was quite entertaining.

Where would you travel to if you could go anywhere in the world?
I think top of my list would be Bali, but I know that would be a time consuming and expensive trip. I’d love to go there just to unwind. I’m also interested in visiting Thailand and there are many parts of Europe I’d love to see such as Portugal, Greece and Italy. I’d also like to return to London and experience the city as an adult.

What’s your go-to Karaoke song?
I enjoy karaoke and I’ll sing just about anything from any decade of music. However, I prefer to sing in a group.

Back to Meet the Team